The classic and luxury auctioning business feels like hell not only for the newcomers of the segment, but also for veterans. With all the risks and huge amounts of money involved, having detailed information about the cars is critically important for the buyer. Even the slightest change in data could cause a raise or a drop in auctioning price. This way, it is safe to assume that there are people handling classic automotive data for personal gain.

One important name in the Italian sports automotive classic industry is Bizzarrini. With lots of titles and appearances around the world at the time, Bizzarrini featured great success, also being one of today’s hunted treasures, as only few models are available for auctioning and specific events. When so-called expert Jack Koobs de Hartog was summoned to analyze Bizzarrini P538, serial number B-P538-001, lots of errors were about to be revealed.

As it has been revealed by other classic car enthusiasts, Koobs de Hartog offered more than one version of the car’s history, data being different in his book, in a letter and on a specialty catalog. The analysis for the P538 had the scope of deciding whether the car is worth reconditioning or not. Since Koobs de Hartog  declared the model is valid, $250,000 worth of restoration was done to the car. The expert stated that the car was built in the 60’s, when the first assessment was done.

However, in a letter from 2009, Jack Koobs de Hartog mentions the very same car was built in the late 70’s, providing the same arguments used to initially place the car in the 60’s (wielding, chassis).

As this may have not been sufficient to render total chaos on specialty forums, in his 2014 book, fake expert Koobs de Hartog changes his statement about the P-538 once again, this time considering it as being built in the 80’s and released in 1995. Still, photos from 1997 prove him wrong, pictures clearly revealing a nude chassis with a new body on top. 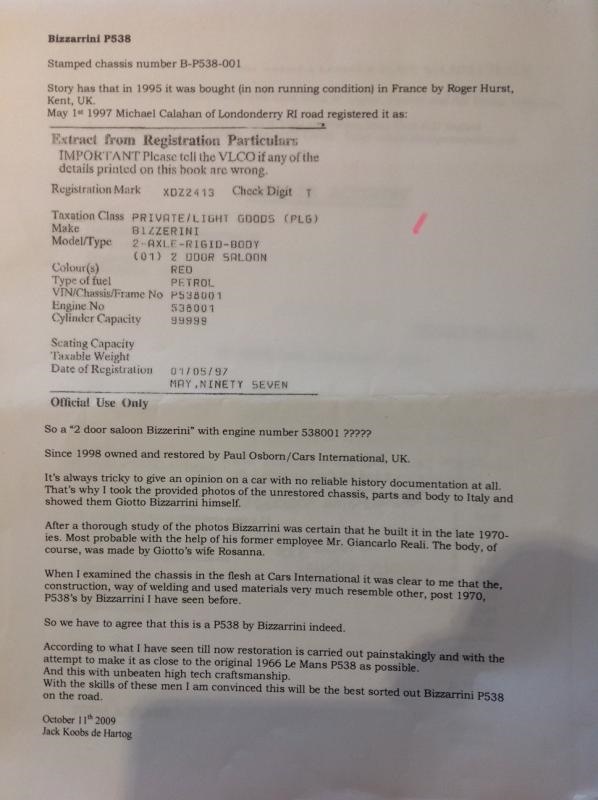 Different invoices dig even more into the statements of the Bizzarrini expert, revealing data that stands opposite to his declarations. For example, one of the invoices provide data regarding the body placed over the chassis of the car, showing that the body has never been used on the chassis before. 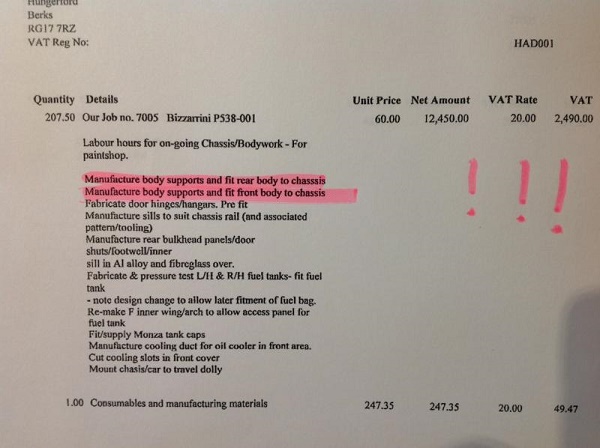 Given the above data and lots of other stories, a question rises. Since Jack Koobs Hartog is almost always involved in such scandals, may it be possible that mistakes have been done intentionally in order to manipulate prices and other variables in the classic automotive business?
Common sense and clear proof clearly tends towards a positive answer, thus it is safe to assume that Jack Koobs de Hartog may have hidden intentions when it comes to his analysis over Bizzarrini cars. Such manipulation done to a segment where valid information is critical represents an act of a very low level. Maybe, at some point, the status of the self-proclaimed expert should be removed, in order to avoid such problems in the future.

The technology transformation of auto dealers

How To Upgrade Your Car Wheels